These days, we choose to wear Aztec Tattoos for a number of reasons. Even though the Aztec culture and race were largely wiped out by the Spanish, there are still many people with Aztec roots.  They often choose to  wear them in order to honor their heritage, many others wear them to show a level of respect to past cultures whose philosophies they admire. Mostly though, people choose to have Aztec tattoos for the meanings they represent.  For example, people who believe in the afterlife and rebirth would choose the sun, because the Aztecs believed the sun was responsible for guarding the heavens and for renewal and regeneration.

A classic example of modern Aztec tattoos was recently featured in The Daily Bruin – Lorenzo Mata, Basketball Center,  was interviewed about his tattoos “…..this one’s an Aztec warrior with some pyramids that actually got added to it. It kind of represents me…… I’m Mexican and the Aztec warrior – I’m like a warrior on the court and I do whatever it takes to win. … Aztec warriors, they did everything for their people and I’m doing everything for me and my people – the Mexican people….. (the Aztec warrior tattoo) I got last summer and I just added the pyramids two weeks ago”

Many modern body tattoo designs have come from the intricate and delicate Aztec designs that you see featured in so much of their art.  Most popular is the sun but the Calendar, Eagles and Warriors feature heavily too.   Aztec designs are generally colorful and bold geometric shapes which lend themselves very well to Tattoos, making a real impact.  One thing to be aware of though is that the simplicity of the designs can be deceptive, you need an artist who is skilled to to get the full effect, and slight mistakes in bold designs can wreck the look of the whole piece of work.

The Aztec Calendar is really intricate and is filled with images, mostly representations of the sun with different facial expressions.  Choosing the right one to match your personality and the meaning you want to express is very important.  Talk to your artist before starting any work like this and do some research too, there is lots of information on the internet as well as local libraries.  Symbols from the Aztec language also feature heavily but as it has not been fully translated many artists will only tattoo symbols they understand fully.  Sometimes it can be worth getting a temporary Aztec Tattoo, just to see how it looks before you get the real thing done.  Most artists will be happy to help you do this rather than have a dissatisfied customer. 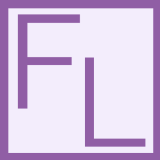 amazing! I REALLY enjoyed this read! I’d love to see more like. So much history there and many of us Latinos can trace roots back to those ancient tribes. It’s amazing. I was looking for an Aztec design to incorporate with my back as a sleeve for my left arm and I found this:
http://www.warvox.com/index1.php “WARVOX” It’s definitely worth checking out.